Introduction to Spider Silk, the Product 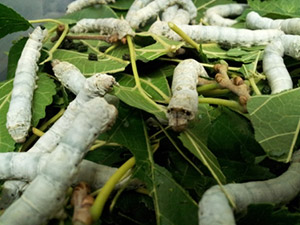 It has long been known that certain fibers produced in nature possess remarkable mechanical properties in terms of strength, resilience and flexibility. These protein based fibers, exemplified by spider silk, have been the subject of much interest due to spider silk’s incredible toughness. Because of its strength, resilience and flexibility, spider silk holds great promise for commercial and consumer applications. While the superior properties of spider silks are well known, there was no known way to produce spider silk in commercial quantities. Since spiders are cannibalistic, they cannot be raised in concentrated colonies to produce silk.

The production of spider silk in commercial quantities holds the potential of a life-saving ballistic resistant material, which is lighter, thinner, more flexible, and tougher than steel. Other applications of spider silk include use as structural material and for any application in which light weight and high strength are required. Kraig Biocraft Laboratories’ believes that in the near future, genetically engineered spider silk will make significant inroads into the market for high-strength fibers. 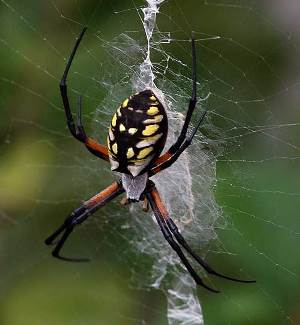 While scientists have been able to replicate the proteins that are the building blocks of spider silk, two technological barriers have (until now) stymied production. These barriers are the inability to form these proteins into a spider silk fiber with the desired mechanical characteristics, and to do this cost effectively.

To solve these problems, Kraig invented a new technology and acquired the exclusive right to use the patented genetic sequences for numerous fundamental spider silk proteins. We have placed ourselves in an advanced position by working collaboratively with the leading universities which developed some of the most relevant genetic engineering technologies. In fact, most of our genetic engineering work takes place inside university laboratories.

Kraig is the world leader in genetically engineered spider silk technologies. We earned that place by applying our proprietary genetic engineering spider silk technology to an organism which is already one of the most efficient commercial producers of silk: The domesticated silkworm.

Kraig’s spider silk technology builds upon the unique advantages of the domesticated silkworm for this application. The silkworm is ideally suited to produce genetically engineered spider silk because it is already an efficient commercial and industrial producer of silk. Forty percent (40%) of the caterpillars’ weight is devoted to the silk glands. The silk glands produce large volumes of protein, called fibroin, which are then spun into a composite protein thread (silk). [1]

We have used genetic engineering technology to create spider silk. A part of Kraig’s intellectual property portfolio is the exclusive right to use the patented spider silk gene sequences in silkworm.[2]

Kraig envisions genetically engineered spider silk, with its superior mechanical characteristics, will surpass the current generation of high-performance fiber. We believe that spider silk is in some ways so superior to the materials currently available in the marketplace, that an expansion of demand and market opportunities will follow spider silk’s commercial introduction. For example, the ability of natural spider silk to absorb in excess of 100,000 joules of kinetic energy makes it a potentially ideal material for structural blast protection. The table below illustrates spider silk’s incredible toughness and strength to weight ratios.

Comparison of the Properties of Natural Spider Silk, Kevlar® and Steel

The Market for Spider Silk

Kraig is focused on the creation, production and marketing of high performance and technical fibers such as spider silk. Because spider silks are stronger and tougher than steel, they could be used in a wide variety of military, industrial, and consumer applications ranging from ballistic protection to superior strength and toughness.

We believe that the superior mechanical characteristics of the next generation of spider silk will open up new applications for the technology and result in a significant increase in demand. The materials which we are working to produce are stronger than steel. Spider silks can justifiably be referred to as “super fibers.” 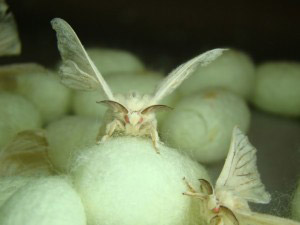 Kraig’s lead product is a genetically engineered spider silk known as Dragon Silk™. Its closely related sister product Monster Silk®. Both Dragon Silk™ and Monster Silk® are spun by lines of our transgenic silkworms. They are composed of a unique combination of spider silk protein and silkworm silk protein. These genetically engineered spider silks are significantly stronger and more flexible than commercial grade silk. We believe that this product will make significant inroads into both technical textile and mundane silk and apparel markets. The traditional silk market is estimated at approximately $3 to $5 billion (US) per year at the raw fiber level. Given its superior physical properties, Monster Silk™ particularly is well positioned to penetrate that market.

Dragon Silk™, represents a massive leap forward in the Company’s recombinant spider silk technology, combining both the elasticity and strength elements of native spider silk. We expect applications for form of spider silk, and its derivative products, to have uses in both the technical and protective textile markets.

Kraig is in the process of ramping up commercial production of its genetically engineered spider silks, including Monster Silk™ and Dragon Silk™.

Kraig is also in the advanced development stage for its next-generation spider silk product, tentatively known as SpiderPillar™. SpiderPillar™ will be an essentially pure spider silk. This material holds the potential to make significant inroads into the technical textiles market.

Our third line of products, which we refer to as “Gen 3 technical and medical fiber,” is designed to move beyond the physical, mechanical and chemical properties of natural spider silk. Gen 3 fibers are in a relatively early stage of development and will incorporate such elements as antibacterial agents for medical use, and metallic ions for use in industrial processes. 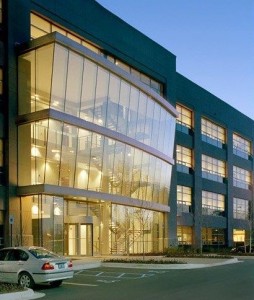 Kraig Biocraft Laboratories, Inc. (KBLB) is a biotechnology company focused on the commercialization and development of spider silk. Kraig is a genetic engineering company working in concert with leading university laboratories. We are a fully reporting, publicly traded company whose shares are traded on the OTCQB under the ticker symbol: KBLB.

The inventor of this technology, Kim Thompson, is the founder and CEO of Kraig. Kraig’s ability to produce spider silk is cost effective, and capable of producing a wide range of proteins and fibers and materials. Teams of other scientist around the world have worked on other ways to produce spider silk including using genetically engineered E.coli bacteria. That work is scientifically sound, but with production costs that could exceed $37,500 per kilogram, it is difficult to see how these programs could capture a significant part of the textile market.[6] Kraig is able to produce its genetically engineered spider silks, including Monster Silk™, at less than 1% of that cost.

In 2013, Kraig successfully completed its pilot production program for its spider silk product, Monster Silk™. We are currently ramping up commercial scale production of Dragon Silk.

On July 12, 2016, we announced our first U.S. Military contract to deliver Dragon Silk™.  Kraig Labs will deliver spider silk-based ballistic shoot packs for performance testing for solider-related protective applications.  Shortly thereafter we announced that we had taken possession of a new production facility in Indiana for the purpose of scaling up production of Dragon Silk and other spider silk based products.

Kraig continues a collaborative research and development effort with The University of Notre Dame. This has resulted in a number of exciting spider silk technological breakthroughs. Those breakthroughs include the development of numerous strains of transgenic silkworm which produce genetically engineered spider silk. Some of our work is reviewed and described in the prestigious peer reviewed science journal PNAS (the Journal of the National Academy of Sciences).

[1] While some spider silks are composed of a single protein, those of most interest to Kraig are a composite of two or more spider silk proteins.

[3] Measured by the energy required to break a continuous filament, expressed in joules per kilogram (J/kg). A .357 caliber bullet has approximately 925 joules of kinetic energy at impact.

[4] Tensile strength refers to the greatest longitudinal stress the spider silk can bear, measured by force over area in units of newtons per square meter. The measurement here is in millions of pascals.

[5] In grams per cubic centimeter of material.